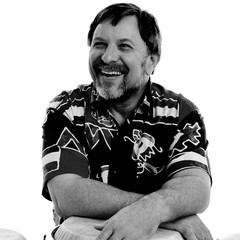 Michael Spiro is an internationally recognized percussionist, recording artist, and educator, known specifically for his work in the Latin music field. He has performed on hundreds of records, co-produced several instructional videos for Warner Bros. Publications (featuring such renowned artists as David Garibaldi, Changuito, Giovanni Hidalgo, and Ignacio Berroa), and produced seminal recordings in the Latin music genre, including Orquesta Batachanga, Grupo Bata-Ketu, and Grupo Ilu-Aña.

In 2008 he launched two ground-breaking educational websites –www.congamasterclass.com, and www.sambamasterclass.com, both of which offer complete and comprehensive instruction on the internet of Afro-Cuban and Afro-Brazilian music and culture. After bringing longtime associate and internationally-recognized Jesus Diaz on board the conga master class site after two years, and soon thereafter Jorge Alabe onto the samba master class site, he has become one of the major worldwide players in current instruction of Latin American percussion.

He continues to conduct clinics and master classes throughout the world as a representative of LP, Sabian cymbals, Vic Firth sticks, Remo drumheads, and DW hardware, and remains active in national and statewide conventions of P.A.S. (The Percussive Arts Society). In November 2011 and 2013, he was a featured presenter at its International Convention in Indianapolis, where in addition to his own performance, his Indiana University World Percussion Ensemble gave a "command performance" as a result of being selected as the winner of the International competition for university ensembles!