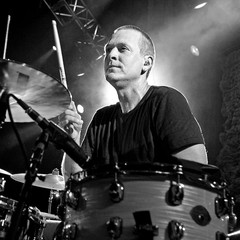 Raised in Miami, Mike Malinin began playing drums the summer before 7th grade. From the beginning, he knew he wanted to make it his profession. From 8th grade on, he spent most of his time playing music with his friends, participating in school bands, and learning his craft.

After high school, Malinin headed to Denton, TX where he was briefly a jazz studies major at UNT while he immersed himself in the local band scene. He played extensively at local clubs in the Dallas area as well as doing regional tours with several different bands and artists.

In 1992, he headed to Los Angeles to try his luck. In 1995, he was hired by the Goo Goo Dolls as their drummer, a gig he held until 2013, playing on all the band’s recordings and performing at all the live shows during that period. It was during his tenure with the band that he became a Remo endorser.

Malinin currently resides in Nashville, TN, where he is the band leader and drummer for legendary country artist Tanya Tucker.

“Playing with Tanya is a great honor. And it was a stretch for me at first, having come from more of a rock scene in Los Angeles. Her show is essentially a vocal performance, highlighting her immense talent as a singer. As such, it was important for me to find intensity without volume. The band’s stage volume is really low. And once again, Remo has a great line of heads that allowed me to comfortably make that adjustment.”

Malinin currently uses coated Pinstripes on his toms, with coated Ambassadors as his bottom heads. And he generally uses a coated Emperor on his snare drum and a coated Powerstroke 3 on his bass drum. “Coated Pinstripes work beautifully on my drums, allowing good dynamic levels and enough resonance to let the drums breathe. And nothing beats a coated Emperor on the snare. It is basically THE standard as far as I’m concerned. Same with a Powerstroke 3 on the bass drum. I will occasionally use other heads for specific situations (such as a Pinstripe on the snare drum), but I always go back to the standards for most applications.”

As a proud Remo endorser for over 20 years, Malinin has always found the drum heads he needs for every live and studio situation.

“I had always played Remo, and I knew from the start that I was not interested in playing anything else. They are the standard in the industry, and they bring out the best from your drums that you could ever hope for. From Ambassadors & Emperors to Pinstripes & Powerstrokes, I have always been able to find the right head for any situation.”  -Mike Malinin