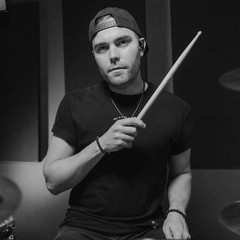 Toronto native Mike Sleath is one of Canada's brightest musicians. Mike has managed to navigate his own way through the music industry, led by his perseverance and love for music. In his budding career as a drummer/percussionist, Mike has earned his stripes as a seasoned musician, touring and performing with the likes of Shawn Mendes, Camilla Cabello, John Mayer, Khalid, Zedd, Conor Maynard, Miley Cyrus, Francesco Yates, and Cody Simpson among others.

In recent past Mike lent his talents to a studio recorded rock remix of Grammy nominated pop artist Katy Perry's hit single "I Kissed a Girl" (Capitol Records) produced by Matt Squire and Dr. Luke. More recently, Mike has been involved with live studio recordings with several developing and established artists from around the world including Shawn Mendes "MTV Unplugged.”