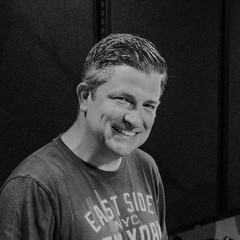 Rhythm runs deep in some people’s souls. Teacher, Producer, and Drummer Nate Dobas is one of these people. He has become a modern-day musical renaissance man. His passion for music is evident immediately and he is willing to share this passion with anyone willing to listen.

Percussion, in particular, is what truly drew Nate to music. From an early age, his drumming talent and devotion to the art were unmistakable. To further his skills, he has studied under such renowned instructors as Dom Famularo, John Riley, Fran Merante. Looking to always learn more, Nate currently studies with legendary Gary Chaffee.

His percussion perfection has been recognized in competitions as well. Nate Dobas was in the Connecticut Finals of the 2006 Guitar Center Drum Off, as well as reaching 3rd Place at the New Hampshire Drum Festival in 2015.

Nate Dobas has also taken on the task of broadening young minds as a Music Teacher and Choir Director at a Connecticut Middle School. He has become a well-respected professor by finding a way to connect with his students and push their boundaries to become better musicians.

At night, the true rock star Nate comes out. He is versatile enough to fit in with multiple musical configurations, whether it be Jazz, Rock, Funk, or even Theater. Nate has shared the stage with countless regional and national acts such as Dick Dale, John Fogerty, Cowboy Mouth and Eddie Money. He currently keeps the beat for Mark Daniel and the Free Radicals and plays drums for 80 HD, Connecticut's Premier Live 80's experience.

On the theater side, Nate has performed in such percussion heavy shows as Once, Leader of the Pack, West Side Story, Rock of Ages, and Tommy. This coming season will see another full calendar of shows including being behind the drum set at the Warner Theater for productions of Mama Mia and Disaster.

The busy bee that is Nate Dobas also runs Dobas Music Studios. Here he helps students reach their goals with private lessons in drum and voice. He also guides bands and performers towards their dream of producing quality music and videos. His production expertise has become quite sought after as well.

Nate is the total package with the perfect mindset and passion to fit any needs in the music industry. Whether it is behind a drum kit, behind a mixing board, or in front of a class, Nate Dobas is your man.