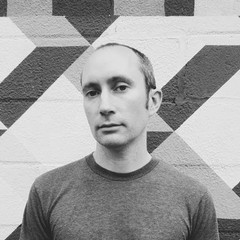 "No doubt, Wood is a wildly endowed and original musician." -Steve Krugman (hollywooddrum.com)

Nate is a founding member of the Grammy nominated quintet Kneebody. Kneebody released their self titled debut album in 2005 on trumpeter Dave Douglas’s label Greenleaf Music. In 2007, Kneebody released “Low Electrical Worker” on Colortone Media. They completed an album of arrangements of Charles Ives compositions with singer Theo Bleckmann and released the recording “12 Songs of Charles Ives” which was nominated “Best Classical Crossover Album” Grammy Award (2009, Winter and Winter). Kneebody’s latest record “The Line” was released on Concord Records in 2013. Kneedeuls, a collaboration with electronic artist Daedelus was released in November of 2015 on Brainfeeder Records. Anti-Hero is Kneebody’s latest work, which was released on Motema music in 2017.

Nate was featured in Modern Drummer in March of 2014, and placed in the 2015 Modern Drummer reader’s poll among the top 5 drummers in the fusion category.

Along with his work as a sideman, Nate has released 3 albums of his own material, where he performed, recorded and mixed everything himself. His newest album “Another Time” was released in July 2014. Nate has a youtube series of videos under the artist fOUR that feature himself playing Drums, Bass and Keyboards at the same time.