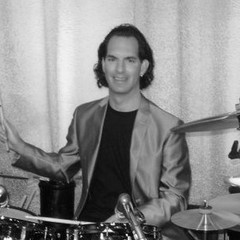 Neil Sebba was born in Cape Town, South Africa, started playing professionally at age 15 and then started what would be a highly successful teaching business one year later. He played with many successful South African bands and artists, including Falling Mirror, Winston Mankunku, Thandi Klaasen, Marc Alex, Wendy Oldfield and The Usual. He studied music at The University of Cape Town College of Music and then in 1991 moved to Los Angeles to continue his studies in music at the highly acclaimed Musicians Institute. Since graduating, he has preformed, toured and recorded with several bands in and around the Los Angeles area. Neil continues to maintain a successful teaching business that includes many high profile clients from all corners of the Entertainment Industry.

From 1999 to 2009, Neil performed and recorded with his band Jamestowne. The band opened for Tom Petty and Styx and was part of a national tour with Paul Simon and Brian Wilson. In addition to Jamestowne’s live performances, the band has also had 8 of their songs featured in WB’s Smallville and Felicity television shows.

Neil also occasionally performs and tours with The NK band playing shows and festivals all over the United States. Neil also performed with the band at the 2010 NAMM Show.

Along with performing live, Neil also records library music, judged the 2009 Guitar Center Drum Off and still maintains a very busy teaching schedule with more than 30 students. He is one of the most sought after private drum instructors in Los Angeles.

Neil was in the house band on The Fran Drescher Show and has performed with artists such as Shelia E, Dan Aykroyd and Wayne Brady to name a few.