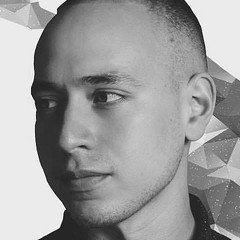 Over the course of six years, with a myriad of performances across the globe, several studio projects as a sideman, television appearances, and contributions in Jazz, Pop, Latin, and World music, Grammy-Award Winning percussionist Paulo Stagnaro has established himself as an innovative voice in today's generation of creative young artists. Hailed by jazz great Ralph Peterson as "a young master percussionist," Stagnaro has been a force on the ever-evolving New York scene since moving to Brooklyn in 2012. This year alone, he has performed and/or recorded with NEA Jazz master Paquito D'Rivera, Grammy-Winner Angelique Kidjo, Jazz Legend Dave Liebman, and formed part of the all-star rhythm section for Sting’s 25th Anniversary Rainforest Fundraiser at Carnegie Hall featuring James Taylor, Paul Simon, and Stephen Stills.

Born to an artistic family of Peruvian parents, Stagnaro took piano and cello lessons early on in his childhood. After a hiatus for most of his early adolescence, he was eagerly re-introduced to his musical beginnings-- attending a summer camp at the Berklee College of Music in 2003. His father, renowned bassist and educator, Oscar Stagnaro, played an instrumental role in this, encouraging him to choose his own career path:

“I think the biggest reason I was so drawn to music at that particular time, and not sooner, was because it was a desire that stemmed from having the freedom to pursue what I wanted,” he recalls. “I never felt any pressure from either of my parents to follow in the footsteps of my father’s legacy. Words can’t describe how grateful I am for that.”

Paulo attended Berklee for four years, where he travelled extensively representing the school with his band, La Timbistica. They graced the stages at the Monterey Jazz, Duke Ellington, Saratoga, Hoopcity, and Newport Jazz festivals to name a few. In 2008, the band received a Downbeat Magazine Award for “Jazz Group of the Year” in the collegiate category.

In the fall of 2008, Paulo began working with legendary alto-saxophonist Paquito D’Rivera. He recorded on D’Rivera’s 2008 Grammy-Award winning release, “Funk-Tango.” Since then, he has toured across the Americas and Europe as part of D’Rivera’s ensemble, including performances at the Lincoln Center, Carnegie Hall, and some of the worlds most prestigious jazz clubs.

Upon leaving school in 2010, Paulo embarked on a journey across three of Latin America’s richest Afro-Centric cultural meccas to further his studies. Living first in Brazil, then Cuba, and finally Puerto Rico. He was fortunate to be able to immerse himself in an immense new world of music, for the subsequent year. “The trip opened my heart in a way that I would’ve never imagined,” he reminisces. “The people, experiences, and cultures that I have encountered will forever influence my desire for self-expression and communication in this art form.”

Paulo recently performed on ABC’s “Good Morning America” and NBC’s “Late Night with Seth Meyers,” with pop-duo sensation Karmin. He has also appeared on numerous commercial recordings –some produced and recorded in his home studio–in the U.S. and abroad. Including campaigns for Aldo Shoes, Smirnoff Vodka, Cerveza Aguila, Fanta, Knorr, and Kayak.com among others.

Paulo is embarking on a World Tour with International Superstar Ricky Martin- Fall 2014 through 2016.