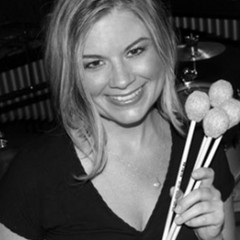 Rachel Julian received her Doctor of Musical Arts degree from the University of Nevada, Las Vegas in 2005. She also holds a Master of Music and a Bachelor of Arts in Music.

As an educator, Rachel is Chair of Visual & Performing Arts/Director of Percussion at the Andre Agassi College Preparatory Academy (2008-present) as well as Percussion Specialist with the Las Vegas Youth Orchestras and the Clark County School District. She instructs camps, adjudicates, gives clinics, and maintains a private studio.

Rachel is a member of the American Federation of Musicians, and the Vic Firth Education Team. She endorses Remo Drums & Percussion, SABIAN Cymbals and Majestic/Mapex Percussion. She also served as Secretary of the Nevada Chapter of the Percussive Arts Society for ten years.