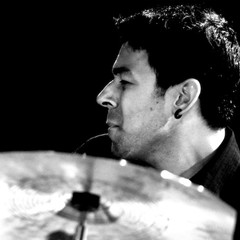 Rafael Mendes Barata, was born in September 26th, 1980, in Rio de Janeiro, Brazil. He started playing drums at the age of five. Throughout his childhood he was dedicated to Brazilian Popular Music, specially the Bossa Nova, whose influence came from his family members Roberto Mendes, his father musician and his brother Roberto Barata, pianist. Self-taught on drums, he started his studio career at the age of 14. He has won two International Brazilian Drums Festivals: 1st Batuka - At the age of 15, and the Batuka Masters 2000 at the age of 20.

He was the house drummer at Mistura Fina - Rio de Janeiro's Jazz headquarters - for many years with the piano legend Osmar Milito and the bassist Augusto Mattoso. At this venue, he had the opportunity to play with several great artists including Russell Ferrante, Mike Shapiro, John Pizzarelli, Jane Monheit, Karrin Allison, Kevin Lethau, Mike Stern and many others American jazz artists.

Since early 2000’s he has been touring around the world, performing in the most expressive Jazz festivals and Theaters in the world, with his main projects: The "Cello Samba Trio" (beside Jaques Morelenbaum and Lula Galvão) and Eliane Elias Quartet (Eliane Elias, Marc Johnson, and Rubens De La Corte), whom just awarded the 2016 Grammy for the best latin Jazz album (Made in Brazil).

As an educator, he has presented clinics and masterclasses in the most important universities and music schools in the world, like Berklee School of music, University of Southern California, The Sibelius Academy, Escola de música de Brasília, Escola de música Villa Lobos, Conservatório de música de Tatuí and many others drum schools.

Dubbing himself "The Traveler", Rafael travels around the world and inside the music to bring happiness to audiences far and wide.