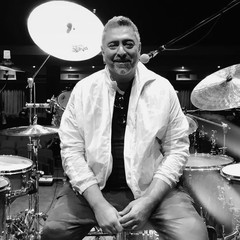 Ranjit Barot is today on the forefront of both worlds, the mainstream popular Indian / World music and Jazz Fusion genres. He is the Musical Director for all of Oscar winning composer, A.R.Rahman’s Live Concerts and holds the coveted ‘throne’ as Drummer for world renowned Guitar legend John Mclaughlin & The 4th Dimension band.

Ranjit has also had a long career in composition and music production, working out of his own state-of-the-art studio facility, in Mumbai, India. Combined with his strong roots in the Indian classical tradition and his world-view of music gave him a unique perspective on the Indian Film genre. His career spans projects over the last almost 4 decades as a featured drummer and arranger for Indian Film Industry erstwhile giants such as R.D. Burman, Lakshmikant - Pyaarelal right up to A.R. Rahman’s greatest work through the years, including the Grammy & Oscar nominated ‘127 Hours’ and continues to bring his unique personality to this genre of music. His recognition as a Music Composer and Arranger for Album Projects and Feature Films has earned him the Filmfare Award for his score in ‘Aks’ (2001) and more recently his work in ‘Shaitan’ swept all 3 major Indian awards, in the year 2011.