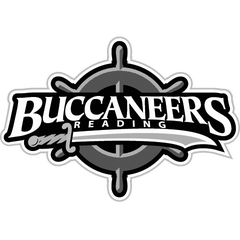 The Reading Buccaneers is an organization rich in history and tradition. The corps was organized in 1957, as a parade corps by “age-outs” of various local junior corps and veterans of WWII and Korea. The corps soon embarked upon field competitions in the 1958 season. The Buccaneers rose to the top quickly, winning three consecutive VFW Championships in 1960, 1961, and 1962. When DCA was formed, the Bucs continued their success, becoming the first DCA Champions in 1965. Since that time, the Buccaneers have won the DCA title 14 more times to become the most decorated corps in DCA history. In the last several years the Buccaneers enjoyed unprecedented competitive success, completing 6 consecutive undefeated championship seasons from 2005 through 2010 and taking the DCA championship 11 out of the last 13 years.