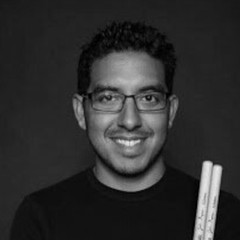 Rick Astorga is the Associate Director and Director of Percussion at Winston Churchill High School in San Antonio, Texas. He has been a clinician for the Texas Music Educator Association and has had students selected to perform in showcases at the convention. He has spent the last seven years at William Howard Taft High School in San Antonio, TX, where his responsibilities included teaching drumline, front ensemble, concert percussion, steel drum band, concert band, jazz ensemble as well as teaching all percussion at middle school campuses.

In addition, Mr. Astorga has taught with Five Points Indoor Percussion Ensemble, Imperial Percussion Theatre and has led the Percussion Summer Music Camps at Texas State University. He has a strong affiliation with Drum Corps International as a member of the Revolution Drum and Bugle Corps marching tenor drums. He is a contributing author to Band Directors Talk Shop online resource page for directors nationwide.

Mr. Astorga is a graduate of Texas State University and is pursuing a Masters Degree in Educational Leadership from the University of North Texas. He is currently the Chief Judge of Percussion for TECA and is an endorser of Vic Firth sticks and Zildjian cymbals. He currently resides in San Antonio, TX with his wife Celeste and two dogs Heart and Lela.

Why Remo? "The Remo crown is just as famous an icon and universal to me as the Apple logo or the McDonald's golden arches. That image has been in my eyesight as I opened up my first beginner percussion kit, when I received my first drum set, performed my first marching show on quads, helped me through my college auditions, helped me in my drum corps auditions, was with me winning 2nd place in the DCI World Championship, and is a logo I proudly post in my classroom today. I have played and taught with nothing but Remo products because I believe there is no other competitor.