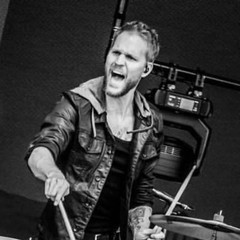 Florida native, McCoy Gibbs, made the move to Nashville, TN at 18 years old to pursue a Music Business degree at Belmont University. He not only earned that degree, but also made lifelong connections and friendships, and fell in love with the city, energy and opportunity that is Nashville. The crazy part is that McCoy didn't really learn to play drums until his college years. For this natural musician, drums and rhythm came naturally and he found his groove, literally. After college, McCoy emerged as a drummer while playing with pop/rock band Hot Chelle Rae and went on to become an independent drummer to soak in all the music he could. All the while meeting tons of musicians, bands and artists, cutting his teeth on the grind of Broadway bars and “Honky Tonks”, jumping in a van for a random show in Montana, and loving every minute of it. In 2013 the hard work paid off when McCoy successfully auditioned for CMA nominated Duo of the year, Love and Theft, and hit the road for the busiest year of his life thus far. It hasn't slowed down since. From touring, live TV performances, music videos and award shows, McCoy has kept himself quite busy. McCoy is currently playing with 2017 CMA New Artist of the year Nominee Lauren Alaina, and continues to find other ways to fill in the occasional off day with sessions, shows and housework. If there is an example of hard work, passion and preparation paying off, McCoy Gibbs is that example.