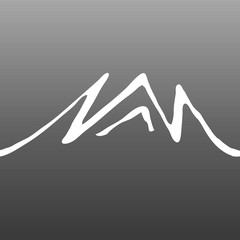 Founded in 1966, the Seattle Cascades Drum Corps is the oldest world class drum and bugle corps in the Pacific Northwest. Members of the Seattle Cascades primarily come from the Northwest however, we've had membership extend out to numerous states across the country.. We've also had international participants from spanning many different countries, including Canada, Japan, The Netherlands, and Italy!

Each summer, the Cascades embark on a national performance tour, a journey that often covers more than 20 states and 10,000 miles. We will perform as many as 25 times across the country in the some of the nation's most iconic professional sports venues, including Sports Authority Stadium in Denver (CO), the Alamo Dome in San Antonio (TX), the Mercedes Benz Stadium in Atlanta (GA), and Lucas Oil Stadium in Indianapolis (IN). The corps has also performed in the Rose Bowl in Pasadena (CA), the Citrus Bowl in Orlando (FL), Gillette Stadium in Boston (MA), Ralph Wilson Stadium in Buffalo (NY), and Camp Randall Stadium in Madison (WI).

We empower young people with opportunities to grow themselves and their communities through transformative educational experiences in the arts.