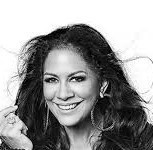 Sheila Escovedo was born into a musical family. The eldest child of Pete and Juanita Escovedo (she has two brothers, Juan and Peter Michael, and one sister, Zina), she started playing with the family instruments at the age of 3.

Sheila was obviously influenced by her father Latin jazz legend and timbalero Pete Escovedo (then band leader of the influential band Azteca) while watching him rehearse. At 5 years old, she made her concert "debut" at the former Sands Ballroom in Oakland, as she was invited on stage by her father to play a solo in front of an audience of 3,000. At that moment, Sheila knew exactly what she wanted to do: she was going to be a percussionist.

In 1983, Sheila caught the attention of Prince and changed her name to "Sheila E.," and Prince helped her record her first solo album, "The Glamorous Life." The first single from the album, "The Glamorous Life," written, performed, and directed by Sheila E., was released in the spring of 1984 and earned popular and critical acclaim. This single went on to receive multiple Grammy and American Music Award nominations, and won MTV's Best Video Award. "The Glamorous Life" yielded a hit single in the title track, and another hit for its follow-up single, "The Belle of St. Mark."

After three months of sold out performances in Europe and the United States, Sheila began touring as the opening act for Prince's 1984-85 sold out Purple Rain Tour, all while composing her follow-up album, "Romance 1600." Released in August of 1985, "Romance 1600" raced up the charts with its mega-single "A Love Bizarre." A three-month engagement opening for Lionel Richie followed a headlining tour in the spring, 1986, of which a video of her March 1986 San Francisco performance (called "Romance 1600 Live") was later that year released.

In 1986, Sheila made her acting debut in the motion picture "Krush Groove," and contributed the song "Holly Rock" to its soundtrack. Soon after, she released her third album entitled "Sheila E.," which included yet another smash single, "Hold Me," which went to #1 on Billboard's chart and had a fast-growing international reputation. Instead of touring to support her own album, however, Sheila joined Prince's band, playing drums and percussion, for his European tour supporting his album "Sign o' the Times," a tour that Rolling Stone Magazine readers rated as the 15th best tour in music history. Showing her strong family roots and love for Latin jazz, she joined her father, Pete, and fellow Latin jazz legend, the great Tito Puente, on a special concert which deviated from the pop and funk music she had become popular playing. Later released on video and CD as "Latina Familia," the performance showcased her skills as a virtuoso musician. In 1988 and 1989, Sheila toured again with Prince on his "Lovesexy" World Tour, playing drums and percussion.

In the following year, she appeared in the Andrew Dice Clay comedy "The Adventures of Ford Fairlane" and in 1991, released her fourth CD, "Sex Cymbal." The CD, which was largely produced by her younger brother Peter Michael, included two singles accompanied by brilliant videos: the title track, and "Droppin' Like Flies."

After taking several years off for health reasons, Sheila's next project, the E-Train, started in 1994. The band that played a mixture of soul, Latin jazz, funk, fusion and gospel toured in Europe in 1994, and finally released a CD, entitled "Writes of Passage" in 1998.

In 1998, Sheila became the first female bandleader on late night television on Magic Johnson's variety show "The Magic Hour," and she co-wrote and co-produced the late night show's theme song.

Sheila has played on countless albums, including the soundtrack to "Prince of Egypt," featuring Whitney Houston and Mariah Carey, successful Japanese artist Namie Amuro (whom she also toured with in 1996 and 2002) and Gloria Estefan's hugely successful "Mi Tierra."

Among her other notable appearances, Sheila performed at the 35th Annual Academy Awards with the incomparable Placido Domingo, the 1996 Summer Olympics and was featured in the "all girl" Grammy production opening number featuring Ellen DeGeneres. Other notable performances included MTV Unplugged with Kenny "Babyface" Edmonds, and "The Concert of The Americas," where past and present U.S. Presidents and their families were in attendance. Appeared as "featured artist" with Jennifer Lopez on her promotional tour in 1999. Performed with Prince, Wendy & Lisa at the 2006 Brit Awards with a viewing audience of over 20 million, appeared with Prince at the 2007 ALMA Awards, with Juan Luis Guerra at the 8th Annual Latin Grammy Awards, and with Gloria Estefan at the 2008 Emmy Award-winning television event and music celebration Idol Gives Back.

In 2004 Sheila joined Prince on the "Musicology" tour, which was seen by 1.5 million people. She also performed "The Glamorous Life" at the 7th Annual VH1 Divas, a benefit concert for the VH1 Save the Music Foundation that was televised worldwide, and appeared on the TBN network show "Praise The Lord" that received the highest ratings of the season. In 2005 Sheila was a Featured Artist and Musical Director for her first gospel tour "Sisters In The Spirit" featuring Yolanda Adams, Martha Munizzi, Kelly Price, Juanita Bynum and RiZen. In the summer of 2006 Sheila returned for the third time and toured in concert with the legendary Ringo Starr. In 2006 Sheila founded her all girl group C.O.E.D. (Chronicles Of Every Diva) featuring Sheila E., Rhonda Smith, Kat Dyson, and Cassandra O'Neal, who went on their highly acclaimed first European tour in March 2007 with special guest Dutch sax player Candy Dulfer. In 2007, Sheila was chosen as one of the celebrity judges for American Idol Spin-Off "The Next Great American Band."

Founder and president of HEAVEN PRODUCTIONS MUSIC, a music production company, Sheila and company has been hired to direct and arrange music for the ALMA Awards (1998 & 1999), The 1998 WoW Awards, 1998 Gospel Music Association's annual event, and the 2005 MTV Video Music Awards. She co-hosted ABC's Countdown To the American Music Awards with Wayne Brady, hosted 10 episodes of VH1's Arsenio Jams, and appeared as a celebrity judge for NBCs Americas Most Talented Kids Finals. In 2003 she wrote, recorded and taped a montage for the World Series in Baseball.

Currently, Sheila, a philanthropist, continues to devote her talents and time to the Elevate Hope Foundation (EHF), a charitable organization (which she is co-founder and co-chair) that assists the needs of abused and abandoned children through music therapy. Despite the demands of her commitment to making music, she maintains a heavy involvement in the organization. "There are so many kids who need our help," she says, "And we're trying to help them get their lives together by building their confidence through music and the arts. It's just another way for me to do God's will, another reason for living. I believe we are here to help people in this lifetime. We must give something of ourselves to truly live." Sheila E. and EHF have presented countless events to raise money for the foundation.

Besides her charitable work through the Elevate Hope Foundation, Sheila performed on USA For Africa's "We Are the World," for African famine relief. She contributed her rendition of "Mary Had A Little Lamb" to the Pediatric Aids Foundation with 6 million CDs and videos sold worldwide for the project "For Our Children." Received rave reviews for her riveting performance at the APLA (Aids Project Los Angeles) benefit with Barbra Streisand, Patti LaBelle, Natalie Cole, Shirley Mac Laine, and Liza Minnelli. Was honored for her contribution and dedication to the community, and received the Imagen Foundation's Humanitarian Award, Angels Across America Award, The Prism Lifetime Achievement Award, Woman Of The Year Award, and Women Of Soul Award which were all presented for her work through the Elevate Hope Foundation.

Her enthusiasm for "passing it on" to a new generation of players led her to design "The Sheila E. Player's Series", a new line of percussion instruments for kids with TOCA Kaman Music. The latest adult percussion Custom Series "Class E" line was also developed.

Her last CD release "Heaven" is an enchanting combination of adult contemporary, funk, jazz and inspirational tracks. For a list of her albums, singles, videos and recordings for other artists visit the discography.

Most recently, Sheila E. participated in the third season of CMT's hit show, "Gone Country." With the goal of creating a hit country music single, each "Gone Country" cast member is uprooted to Nashville for an intense two-week challenge. Justin Guarini, Taylor Dayne, George Clinton, Tara Conner, Richard Grieco, and Micky Dolenz competed on the third season along with Sheila E. Each celebrity was paired with two of Nashville's finest songwriters with whom they wrote a country single. In addition to meeting with songwriters, the cast competed in challenges that tested them musically and physically to adapt to a life in country music, both on and off the stage. Sheila E. was the Grand Prize Winner of the third season and has gone on to release her first country single & video for her song, "Glorious Train."

Sheila E. is indeed a multi-faceted drummer, percussionist, vocalist, songwriter, performer, arranger, producer, composer, instrumentalist and humanitarian. Her gifts have brought joy on the world and have made her one of today's brightest talents, and she continues to be one of our most treasured stars.