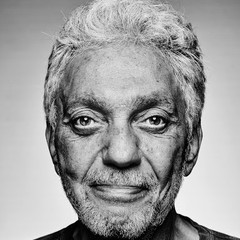 Steve Gadd was born in Rochester, New York, April 9, 1945. His Uncle, a drummer in the army, encouraged him to take drum lessons when he was 7 years old. Steve sat in with Dizzy Gillespie when he was 11 years old. Steve studied music at Eastman College of Music in Rochester playing in a wind ensemble and concert band. At nights he would play at a club with Chick Corea, Chuck Mangione, Joe Romano and Frank Pullara. After college Steve was drafted into the army and spent three years in a military band. After Steve's departure from the army he gigged and worked with a big band in Rochester. In 1972 he played in a trio around New York with Tony Levin and Mike Holmes. The trio fizzled out, but Gadd began to work extensively as a studio musician. He also played with Corea's first Return to Forever. During the 1970's and 1980's Steve toured internationally and recorded with Artists Paul Simon and Al DiMeola's Electric Rendezvous Band. By the end of the 1970's, Gadd was the most in-demand and probably the most imitated drummer in the world. In Japan transcriptions of his solos were on sale, and all the leading Japanese drummers sought to incorporate his style and sound.

Chick Corea commented, "Every drummer wants to play like Gadd because he plays perfect . . . He has brought orchestral and compositional thinking to the drum kit while at the same time having a great imagination and a great ability to swing." Gadd's favorites are Elvin Jones, Tony Williams, Jack DeJohnette, Buddy Rich, and Louie Bellson, among others.

"I always use Remo heads.  Ambassador Coated on the top and Clear on the bottom although sometimes, depending on the situation I’ll use Pinstripe Clear heads on top.  I found that I could cover everything that I needed with Remo.”  -Steve Gadd