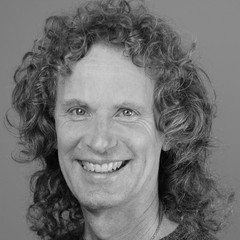 Steve Rucker is the Director of Drumset Studies at the University of Miami and was a drummer in the popular band the Bee Gees. With the Bee Gees band, he appeared on The Tonight Show, Late Night with David Letterman, Oprah Winfrey, The Rosie O'Donnell Show, the Rock and Roll Hall of Fame induction and a Royal Variety Performance for the Queen of England. Rucker appears on the Bee Gees' One Night Only recording and DVD.

Originally from Charlotte, North Carolina, Mr. Rucker attended Berklee College of Music in Boston, and holds an Undergraduate Degree in Studio Music and Jazz and a Master's Degree in Jazz Performance from the University of Miami Frost School of Music.

From September 1974 until May 1975, Steve toured with the Charlotte NC based band, Sugarcreek. During this period he became the musical arranger for this funky 7 piece horn band, wrote and recorded their first single, "Runnin' Out Of Time".

Mr. Rucker moved to Miami, Florida in 1976. Soon after, he was voted "Best Jazz Performer" and "Most Versatile Artist" in South Florida polls. In the early 1980s, Mr. Rucker was a member of the Ross-Levine band, a ground-breaking jazz-fusion group. In addition to numerous appearances with them, he recorded "That Summer Something" and "Humidity".

While a member of Randy Bernsen's Ocean Sound Band in the late 1980s and early 1990s, he recorded tracks on "Paradise Citizens" and "Calling Me Back Home", and performed many concerts internationally, including a billing with Miles Davis. In 1992, he recorded "Blues Hat Dances 'Round Midnight" with Randy Bernsen and Onorino Tiburzi in Italy.

In 1990, he recorded "Hold Me, Thrill Me, Kiss Me" with Gloria Estefan.  For many years, he performed nationwide with Ben Vereen, and appeared with Mr. Vereen with the Atlanta Symphony and the Dallas Symphony.

Rucker founded and produced the jazz ensemble Active Ingredient, a group of musicians from the University of Miami. The band debuted on Bainbridge Records in 1988 with "Building Houses," followed by "Extra Strength" in 1990.

Rucker was a member of the Bee Gees band for ten years. In 1997, he appeared on a Bee Gees concert at the MGM Grand Las Vegas which was shown on pay-per-view television, HBO, and was mastered as a live album. The recording of this performance sold over 5 million copies. This led to a world tour of "One Night Only" concerts. The tour included playing to 56,000 people at London's Wembley Stadium on September 5, 1998 and concluded in the newly built Olympic Stadium in Sydney, Australia in March 1999.

Since 1979, Rucker has been the Director of Drumset Studies at the University of Miami. Rucker has twice been voted “Best Jazz Performer” and “Most Versatile Artist” in South Florida polls. His Drumset Improvisation class is one of the most unique programs in the country. He directs the Funk/Fusion Ensemble, which has won six Downbeat Student Awards. In previous years has created Tower of Power Ensemble and Weather Report Ensembles.

In 2008, Rucker created an avant garde duo with accomplished guitarist Tom Lippincott. A sampling can be heard at: http://www.myspace.com/ruckerlippincottduo

Rucker completed an album in 2013 entitled "Conversions" with singer/pianist Hal Roland, which brings a fresh jazz approach to well known songs of the recent popular era, in a live jazz quartet configuration

In 2015, in collaboration with former student Jonathan Joseph, Rucker wrote and published "Exercises in African-American Funk," which contains a set of exercises for developing a fusion of African and American funk drumming elements.