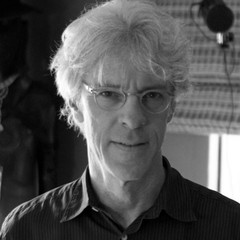 Recipient of the Hollywood Film Festival's first Outstanding Music in Film Visionary Award, a Grammy nominee for his 2005 CD "Orchestralli" and a 2003 inductee to the Rock and Roll Hall of Fame, Stewart Copeland - the drummer and founder of The Police - has been responsible for some of the film world's most innovative and groundbreaking scores. His career includes the sale of more than 60 million records worldwide, and numerous Awards, including five Grammies. Meanwhile, his travels in search of musical celebration and exotic rhythms have taken him around the world several times.

No journey, however, was more profoundly life changing for Copeland than that taken when he founded the Police. The trio, featuring Sting as its charismatic lead singer, principal songwriter and bassist, Andy Summers as its highly inventive guitarist along with Copeland's unique drumming went on to sustain an extraordinary career both critically lauded and hugely respected as one of the world's biggest selling and melodically and lyrically original rock and roll bands. The rise, subsequent success and ultimate demise of the Police over a eight year period were all recorded and kept as a video diary in 8mm film by Copeland, the band's founder. That diary has become Everyone Stares: The Police Inside Out premiered in January 2006 at the Sundance Film Festival. The film was acquired by Showtime and debuted on the network, August 6, 2006. It was released on DVD in September 2006.

During his composing career Copeland has enjoyed successful collaborations with some of Hollywood's most acclaimed and eclectic directors, including Francis Ford Coppola, Oliver Stone, Kevin Reynolds, Bruce Beresford, Ken Loach, and John Hughes. His recent film and television assignments have included Desperate Housewives, a two-year stint on the quirky, critically acclaimed Showtime series, Dead Like Me, the upcoming Amanda Bynes film, Lovewrecked for director Randall Kleiser, I Am David, written and directed by Paul Feig, of the much acclaimed series, "Freaks and Geeks." Copeland also composed the music for Miramax's teen smash She's All That, for Sam Shepard's taut drama Simpatico, and for Brazilian auteur Bruno Barretto's Four Days in September (which was nominated for an Academy Award as Best Foreign Film in 1998).

In the fall of 2000, Copeland teamed up with Primus' vocalist and bass player Les Claypool, and guitarist and vocalist Trey Anastasio of Phish to form ‘Oysterhead' with whom he recorded a sparkling album on Elektra Records and toured to sold-out houses. Copeland's recent work spans a broad spectrum of the musical world. His "Orchestralli" ensemble CD, a current Grammy nominee, comprised of Copeland, a four piece percussion quartet and a chamber orchestra performed Stewart's blend of energetic original compositions and has appeared every year since 2002 in several Northern European cities. A Southern Italian version of that ensemble: ‘La Notte di Taranta', toured Italy to rapturous response and he made a guest appearance as the drummer in a new version of The Doors, fronted by The Cult's Ian Astbury.

It was in 1984 that Copeland began his move beyond the rock arena, creating a memorable score to Francis Ford Coppola's so called ‘art movie for kids' Rumblefish. That soundtrack featured a strikingly original mixture of traditional percussion, electronically sampled car horns and ticking clocks. Stewart's unique and daring work pioneered the whole field of sound-designed scores, and earned him a Golden Globe nomination for Best Score. Soon after, Oliver Stone called on him to write the score to Wall Street in which he wove eerie howls and ringing bells to help create the tone of Stone's dog-eat-dog world, and before long Copeland realized he was fully launched into a new field, one that he enjoys as his ‘day job' to the present moment.

In 1977 Copeland founded The Police with singer/bassist Sting and guitarist Henri Padovani, who was soon replaced by Andy Summers. After a string of worldwide hits, five Grammy Awards, tens of millions of albums sold and a series of packed arena tours, the band broke up in 1986.

Born in Damascus, Copeland grew up in the Middle East and later attended college in California before moving to England in 1975. He is married to his second wife and is the father of seven children. He lives in Los Angeles.