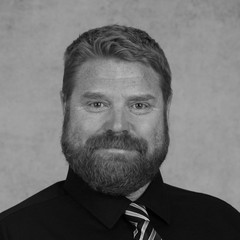 Stuart is an educator, clinician and performer in the Dallas/Fort Worth area. He currently serves as Assistant Director of bands and Director of Percussion at Boswell High School, instructing the front ensemble, percussion ensemble and winter drumline, as well as the Boswell Sub Non-Varsity band. Stuart is a graduate of Texas A&M-Commerce, receiving a Bachelor’s Degree in Music Performance and studying with Brian West, Paul Rennick, Nate Buonviri, Kennan Wylie and Michael Varner.

Throughout his career, Stuart’s ensembles have achieved multiple championship titles and awards. His marching ensembles have placed first at numerous competitions, including the Plano, Crowley and Lone Star Drumline Competitions, and have twice been named North Texas Drumline Association (NTCA) Grand Champions. Under Stuart’s direction, his concert percussion ensembles have achieved multiple division 1 ratings at Texas State Solo & Ensemble, won the call for tapes and performed at the 2009 Music For All National Percussion Festival, and performed with guest artists Michael Burritt, Steve Smith, Lalo Davila and Ignacio Berroa. In addition, Stuart is the founder and director of Network Percussion Ensemble, an international touring group that offers its students the opportunity to perform on a world-stage. In 2011, the group traveled to Sydney, Australia, to perform a showcase concert at the world-renowned Sydney Opera House; future tours included Spain and Italy.

Stuart has also spent over 20 years in the drum and bugle corps activity, as a member, instructor, caption head, arranger and program coordinator. He marched Lone Star Drum & Bugle Corps from 1993 until aging out in 1997. After that, he spent ten years on the percussion and program staff at Pioneer Drum & Bugle Corps, followed by three years with Revolution Drum & Bugle Corps as a consultant and, later, the Program & Staff Coordinator. In his spare time Stuart enjoys cooking and spending time with his wife Julia and their 7 year old daughter Margot. In additional to Remo Drumheads, Stuart proudly endorses Zildjian Cymbals, Vic Firth sticks and mallets, and the Dynasty/Titian Drum Company.

"I have been playing Remo since 1987. My high school band director only bought Remo, and when I marched and taught drum corps, the groups  always played Remo. Remo will be the last drumhead I ever use or buy."