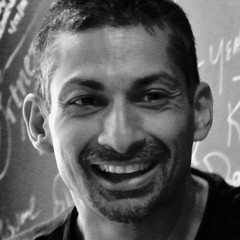 Subha Das is a professional percussionist/music educator in Pittsburgh, Pennsylvania. He attended the Duquesne University School of Music from 1994-1999, and graduated with a Bachelor's of Music in Percussion Performance. During his tenure at Duquesne, Subha was fortunate to study orchestral percussion with Gerry Unger (former member, Pittsburgh Symphony Orchestra) and Stanley Leonard (former timpanist, Pittsburgh Symphony Orchestra). As part of the well-rounded education he received, Subha also studied jazz with the legendary Dr. John Wilson, Mike Tomaro, Lenny Rodgers and Jay Ashby (Paul Simon). For a brief period in 1996, he was able to study world percussion with Rolando Morales (Disney's Lion King on Broadway). Some highlights from music school were performances with Mike Stern, The New York Voices, and Michael Abene (GRP Big Band arranger), and being awarded outstanding soloist at the Elmhurst College Jazz Festival in 1999.

Since graduating, Mr. Das has built a very successful career for himself, being one of the most in-demand percussionists and private instructors in the Pittsburgh area. In 1998, he joined the staff of the award-winning Mount Lebanon Percussion program, where he holds the title of principal assistant director.

Aside from teaching and directing ensembles, Subha maintains an active performance schedule in a variety of settings such as:

Drummer/Founding Member of the Olga Watkins Band. This is a soul/blues/r&b quartet focusing on original music.

Steel City Calypso uses the distinctive sound of the steel drums to draw audiences into a compelling mix of Caribbean jazz and global fusion music.

Freelance drummer/percussionist with a variety of artists in the Pittsburgh area.