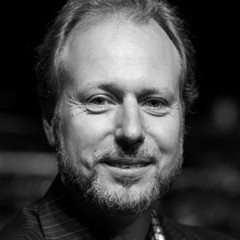 Dr. Timothy Jones teaches Percussion and History of Rock at the University of Nevada, Las Vegas. He earned his Associate Diploma and Bachelor of Music degrees in Jazz Studies from the University of Adelaide, South Australia, and his Masters and Doctoral degrees in Percussion from UNLV. In May 2009, Dr. Jones was awarded the “Outstanding Teacher of the Year” in the UNLV College of Fine Arts, and in 2011, the Outstanding Alumnus of the Year” award. He was Coordinator of the Las Vegas Music Festival Percussion Institute, faculty on Nebojsa Zivkovic’s ZISAMP-USA and Vienna Percussion Symposium, and Ted Atkatz’s TAPS in Long Beach, CA and Adelaide Australia. He also served as co-director of the Australian National Drum and Percussion Camp in 2014, with 100 percussionists from Australia in attendance. Dr. Jones has been adjudicator for Las Vegas Solo and Ensemble Festivals, Honor Band and All-State auditions since 1999, and taught summer music camps for Faith Lutheran Academy in Las Vegas, and Emmanuel Lutheran, in Maui.

Dr. Jones is featured on many CDs including Last Stand by Nick Hawkins, Songs From The Drunk Tank, the Wild Celts, A Tribute to Peggy Lee, Buddy Greco, Live at the Desert Inn, Brian Evans, the DVD / CD releases of Hitman by David Foster and Under a Desert Sky by Andrea Bocelli, and, on the documentary Leaving Las Vegas about The Killers. Dr. Jones was also featured on Evelyn Glennie’s BBC documentary “Rhythm.” His book Rock ‘n’ Roll: Origins & Innovators is published through Kendall Hunt and his compositions and arrangements have been published through Woodbar Music Press. Dr. Jones’ other notable publications include the “History and Development of the Early Snare Strainer, 1889-1920,” Percussive Notes, February 2004, “Playing the Triangle,” Percussive Notes, April 2007, and A Survey of Artists and Literature Employing Extended Multiple Mallets in Keyboard Percussion; its Evolution, Resulting Techniques and Pedagogical Guide; Doctoral dissertation, UMI, August 2003.

Dr. Jones is proud to serve as a clinician and endorser of Majestic, Vic Firth, Remo, SABIAN, and Grover Pro Percussion.