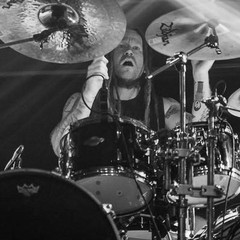 Based in Brisbane, Australia, Todd has been a mainstay within the local, national and international scene for the better part of two decades. He has worked with dozens of bands as a live, studio and session drummer, as well as spending several years teaching in his down time.

"Remo not only has a massive range for every style of playing, but they also offer the best attack, sustain, control and durability of any drum heads on the market.  I’ve used Remo heads for most of my 30 years of playing, and have been fortunate enough to be a Remo artist for close to a decade.  When only the best will do!"  -Todd Hansen