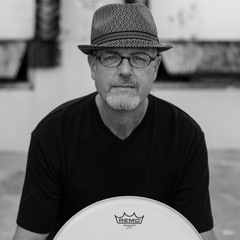 Live and Studio Drummer, Drum Educator and Composer Tom Grignon has played drums professionally for over 40 years. He received a Bachelor of Music in Percussion Degree from the New England Conservatory of Music in Boston, MA. Tom has toured extensively throughout the US and internationally as the drummer for headline artists. He has made numerous TV appearances, music videos and TV commercials. Tom, formerly based in Nashville, is now a live and studio session drummer, drum teacher and composer in Atlanta, GA.

Some of the artists that Tom has recorded, toured or played drums with include:

Bachelor of Music in Percussion Performance Degree from the New England Conservatory of Music in Boston, MA

Tom is a member of the Professional Drum Teachers Guild

"I have always used only the best equipment. REMO has been consistent in quality and sound over many decades. Their tone and durability are unmatched."  -Tom Grignon