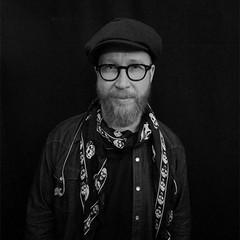 His love of melody comes from his classical studies of the violin, starting at the age of four, he then made his move in to the rhythmic world in his early teens. Early explorations of drumming took him in to the worlds of jazz and latin music, and he began his playing career in the clubs of London’s burgeoning Acid Jazz scene. He started touring the UK and Europe with Double Vision, then signed to the Acid Jazz label, soon after.

A few years later, he met one of his biggest musical influences, Mark Roberts, who encouraged him to explore different musical genres and new approaches to playing. This led to time spent touring with Jamie Hince (The Kills) in the band Fiji, and soon after the Alt-Folk/Country artist Rosalie Deighton. There then followed two years with the rock/metal band Apes, Pigs & Spacemen, promoting their new record Free Pawn.

Tom moved in to the world of pop music after that, recording tracks for ex-Spice Girl Emma Bunton, and touring the UK and Europe with Lucie Silvas in support of her debut album Breathe In. In 2006, he played for Girls Aloud on their Chemistry tour, and appears on the resulting Greatest Hits Live at Wembley DVD.

He also performed with them at their UK festival debut (V 2006) and at the inaugural Vodafone Live Music Awards. Later that year, Tom joined Lucie Silvas in the studio to record her second album ‘The Same Side’, produced by Danton Supple (producer of Coldplay’s X&Y). Alongside continued work with Lucie and Girls Aloud, he also began performing with Jamelia, promoting her album ‘Walk With Me’.

In 2007, he joined Duffy’s band, touring the world in support of her multi-million selling debut record Rockferry.

At the end of 2010, he joined Kylie Minogue’s band to promote her Aphrodite album, in advance of her 2011 Aphrodite Les Follies world tour.