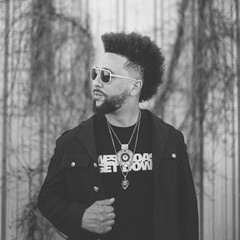 Drummer, Composer and Producer Tony Austin is one of the most versatile and sought-after artists in the United States. He is known for combining the artistry of drumming with his vast knowledge of sound recording and music production to make him a preferential component in numerous musical projects. Carlos Santana, India Arie, Erykah Badu and Roy Hargrove count themselves among the many who have hired him for his technical and physical gifts. He has also performed, recorded and collaborated with a wealth of talented artists including Gwen Stefani, Charles Lloyd, Billy Childs, Willow Smith, Jon Brion,Kamasi Washington, Miles Mosley, Daniel Bedingfield, Salvador Santana, Solomon Burke, John Avila (Oingo Boingo), and Meyer Hawthorne.

Tony Austin is currently on a world tour with Kamasi Washington. Accompanied by the Los Angeles born collective The West Coast Get Down, Kamasi Washington's tour is in promotion of his current and highly anticipated album, Heaven and Earth. Tony Austin is not only featured as a drummer on Heaven and Earth, but also as Recording Engineer. For tour dates and more info about The Epic please visit www.KamasiWashington.com