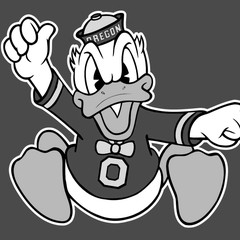 The Oregon Marching Band (OMB) is the marching band of the University of Oregon in Eugene, Oregon, United States. With over 250 members, it is the largest student organization on campus, and its members come from nearly every department and major at the university. The marching band serves as the foundation for the larger Oregon Athletic Bands organization that includes the Oregon Basketball Band, Winter Drumline, and the Green and Yellow Garter Bands.