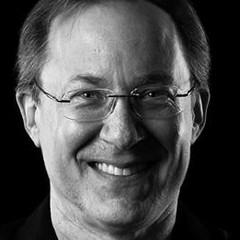 Vern Spevak is a graduate of Northern Illinois University in DeKalb, Il. where he was awarded a Bachelor of Music degree in Percussion Performance, while on a four year, full tuition scholarship. Mr. Spevak was a member of the internationally acclaimed NIU Jazz Ensemble, where he performed and toured with many world class musicians, including jazz legends Dizzy Gillespie and Louis Bellson. Vern Spevak is the education director of Spevak Percussion Concepts, Inc., one of the Midwest’s largest and most widely acclaimed privately owned percussion schools. Located in Oswego, IL the 6000 square foot, one acre facility offers both private and semi-private instruction to students of all ages and ability levels. www.spevakpercussionconcepts.com As a private instructor and clinician, Mr. Spevak remains highly in demand as a percussion consultant to many schools throughout the Chicagoland and Northern Illinois area. Vern Spevak is the former Director of Percussion Studies for Naperville Central High School, a position held from 1994 to 2005. Mr. Spevak is the original founder and producer for “Drumshow,” the annual school concert event which to date continues to receive widespread accolades from education professionals at all levels.

As a performer, composer/arranger, studio musician and instructor, Vern Spevak has been a repeat guest clinician for the IMEA Jazz Festival (Illinois Music Educators Association), and is the former faculty drum set instructor for the Birch Creek Music Center, in Egg Harbor, Wisconsin. Mr. Spevak spent two decades (80_s and 90_s) as a bandleader and music contractor and has performed in all of the top hotels and other elite social venues throughout the Chicago metropolitan area as a featured drum set soloist, arranger and lead vocalist. As a free lance percussionist, Mr. Spevak has been a featured soloist and performer with Motown legend Mary Wilson (of the Supremes) and NBC Tonight Show host Jay Leno. As an adjudicator, Mr. Spevak was a member of the 1996 Drum Corps Midwest (DCM) judges guild, and has served as a contest festival judge in many jazz, concert and marching band events. Mr. Spevak is a Christian artist and was the drummer, percussionist and lead vocalist in the contemporary Christian band “Providence” which released a debut CD, titled A Message To The World. The album features 7 original compositions written by Mr. Spevak. In the summer of 2005, Mr. Spevak traveled to Africa (Kampala, Uganda), as a missionary, working with orphaned African children. While in Africa, Mr. Spevak undertook an informal study of Ugandan music and drumming and while there, performed at many schools throughout Kampala and other outlying areas.

Throughout the years, Vern Spevak has won countless awards and high recognition for his percussion skills which include a Chicago Emmy Award for a performance on WTTW (Channel 11 Chicago), which was filmed and performed with drumming legend Louis Bellson. Mr.Spevak currently is the bandleader/drummer for the Vern Spevak Big Band (on Facebook), a project which features some of Chicagolands top jazz musicians. The band performs for concerts and educational events at high schools and colleges throughout the Midwest.